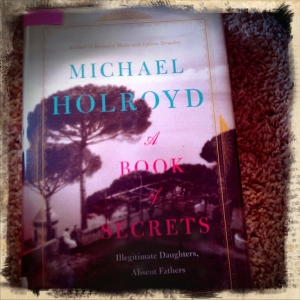 This book was brought to my attention by the lovely blog Ciao Domenica. I wasn’t really sure what to expect as the book jacket is not very informative and, in fact, is strangely vague. But I can somewhat understand it as this book is hard to categorize.

At its root, it is a portrait of the wife, mistresses and illegitimate daughter of Ernest Beckett, Lord Grimthorpe, who owned a spectacular house in Italy called Villa Cimbrone. Beckett lived during the Victorian/Edwardian age and was a sometime politician, a follower of Randolph Churchill. Yet he was also a bit of a screw-up and was paid to leave the family business after which he traveled the world and settled in Italy at his villa.

It was in Italy that he met his wife, Louie, an American heiress who was very young and charming. We hardly get to know her before her death suddenly descends.

We then read about Eve Fairfax, a beautiful woman who sat for Rodin and who becomes Beckett’s fiancee. She seems to be a somewhat insecure person who never finds her place in the world. After Beckett dumps her she becomes a wanderer, never settling down, finding a home or financial security. She lives to be over 100 and relies on the help of fellow aristocrats and family to survive.

The final, and largest, section of the book focuses on Violet Trefusis who was most certainly Beckett’s illegitimate daughter. Beckett had a brief affair with Violet’s mother, Alice Keppel, later the mistress of King Edward VII. Violet’s long and drama-filled life is well told, including her very tangled relationship with Vita Sackville-West.

My favorite part of this book was the story of Holroyd’s search for information of Beckett and his discovery of Trefusis’s novels by way of a very enthusiastic Italian academic. I usually don’t like the insertion of an author into the story of someone else’s life, but this was Holroyd’s story as well as he explains quite beautifully.

This was a book that spoke to me about the way our choices absolutely affect other people whether we like to believe so or not. If Beckett would have been more loyal to his wife, more considerate of his lovers’ feelings, and had any sense of responsibility toward his illegitimate children, this story might have turned out differently, but then we probably wouldn’t have wanted to read about it or have been very interested in their lives, would we? 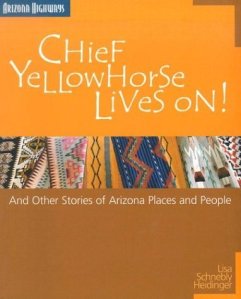 I bought a copy of this little book of essays from Lisa after I heard her speak last week in Flagstaff. It is a really informative collection on her favorite places in Arizona, barely known stories of  Arizona history, and a few essays on her family’s history in the state. It probably wouldn’t be of interest to anyone who doesn’t live here or who didn’t grow up here or have some stake in the area, but it is beautifully written and anyone would enjoy the quality of her observations.

I enjoyed the essays on Wupatki, the Arizona Trail and Lee’s Ferry. I now feel compelled to try to visit and explore these attractions during the late summer or fall. All of the essays are fascinating, but I liked the writings on specific places or traditions the best. Lisa really knows Arizona and her history lessons are enlightening.

This was a great way to kick off my Arizona 100 project!